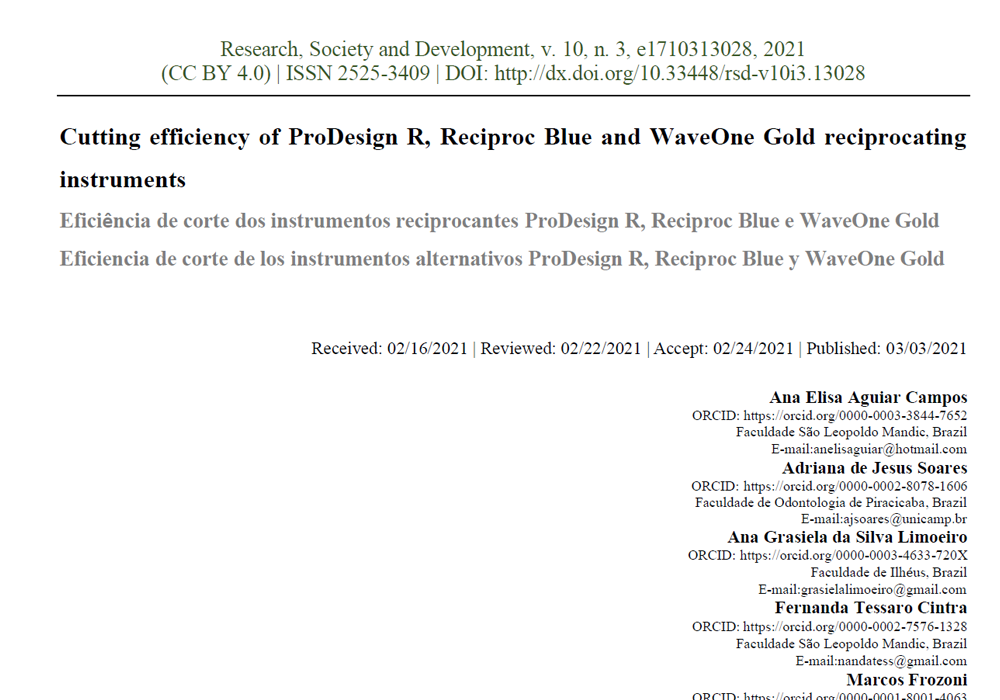 This study aimed to evaluate, in vitro, the cutting efficiency and time spent for instrumentation of three different heat-treated reciprocating systems in simulated straight canals. Forty-five acrylic blocks with a straight simulated root canal with 21 millimeters in length were initially weighed (P1). After weighing the blocks were divided into three groups (n = 15) and each group prepared with the following systems: ProDesign R 25.06 (Bassi/Easy, Belo Horizonte, Brazil), Reciproc Blue25.08 (VDW, Munich, Germany) and Wave one Gold (Dentsply Sirona, Ballaigues, Switzerland). The time spent for the total preparation of each block was recorded. After instrumentation, they were subjected to final weighing (P2). The difference between P1 and P2 determined the amount of material removed (cutting efficiency) by each mechanized system. The statistical analysis was performed by the ANOVA test of each of the variables, for multiple comparisons of means the turkey test was used. As for preparation time, it can be seen that ProDesign R showed a longer preparation time (P <0.5) compared to Reciproc Blue and Wave one Gold. Regarding cutting efficiency, there was no statistical difference between the groups (P> 0.5). In straight simulated canals, the type of reciprocating instrument influences the time for instrumentation; however, it shows similar cutting efficiency.